The time is now

Not only for us as women, but also for the generations to come. In the way in which the last 2000 years have been managed, ruled and led, we have come to a dead end. If we continue like this, there is no way out. It is time for us to create a space together, in which we do not go against what exists, but for what is new.

The old stories of our ancestors are more than just stories – they are guiding tales of a world in which the responsibility of each individual and the connection between each other was the foundation for our collective action. It was about preserving what was and finding common solutions. These ancient myths were replaced by the tales of eternal progress, never-ending growth and alpha-men. This has led to permanent competition and demonstration of strength. There can only be one and the survival of the fittest is the common thread.

What if we tell a new story together? Because stories create the culture in which they are told. A story that is about connecting again more deeply than just through an emoji. A story about community and difference, sharing and compassion. Out of this a world can emerge in which the following generations also will be able to live well.

We are here as the result of the prayers of our grandmothers.

Grandmothers are the ones who sustain the energy of the world through their prayers, songs and stories.

It is now up to us to bring this energy into the world, to embody it and make it alive.

The worldwide echo of our ancestors calls all wisdom keepers, song carriers, storytellers, the animal whisperers and protectors of the seeds…

We are the GrandDaughters and together we rise…

ANCIENT WISDOM FOR A NEW TIME

Since the beginning of time, the grandmothers, the wise women, the crones all over the world have been weaving the web that holds us together, that keeps the ceremonies going, that keeps the songs flowing and that keeps the memories alive.

We stand at a crossroads. It is time for us to take our place as the daughters and granddaughters of those who came before us. It is time to remember what our ancestors have preserved and carry it into the new age. It is time to change the world together. United. With each other. For us. For those who will follow us.

The time of gurus and rules is over.

All over the world, women are remembering their true power and are standing up. Each one for herself – all together. Each of us is also part of the global collective of women. Together we can change the world.

Not only politically, but also socially, old patterns and structures are breaking down. In the last 100 years the situation for women in the western world has changed rapidly. We are in the middle of a new era which we can feel and perceive at all ends. Now it is up to each individual – as part of the collective of women – to regain their strength and power. It is not about going the one alleged path, but to find your very own way. It is about walking together, honouring the differences and understanding that none of us is really free unless we all are free.

It is time for us to look deeper together. Into the structures and behaviours that we consciously or unconsciously carry within us. That we are beginning to support each other out of an energy of abundance instead of fighting for attention or visibility out of a sense of scarcity. It is time to recognise the mechanisms that are still partly active within us – transmitted through the generations – that prevent us from entering into a real community with other women. This is not about joining with seemingly equal people, but about diving into the vast field of feminine energy and recognising that sisterhood consists of sovereignty and solidarity, that diversity is our strength as long as there is agreement on the vision.

This experience – the Intention-Circle, the Gathering, the Integration-Circle – shows you how to reclaim your power as a woman, how to use your energy powerfully again and how to recognise the old blockages and patterns that are still holding you back. Together we solve ancient individual and collective issues.

TOGETHER INTO THE TOMORROW 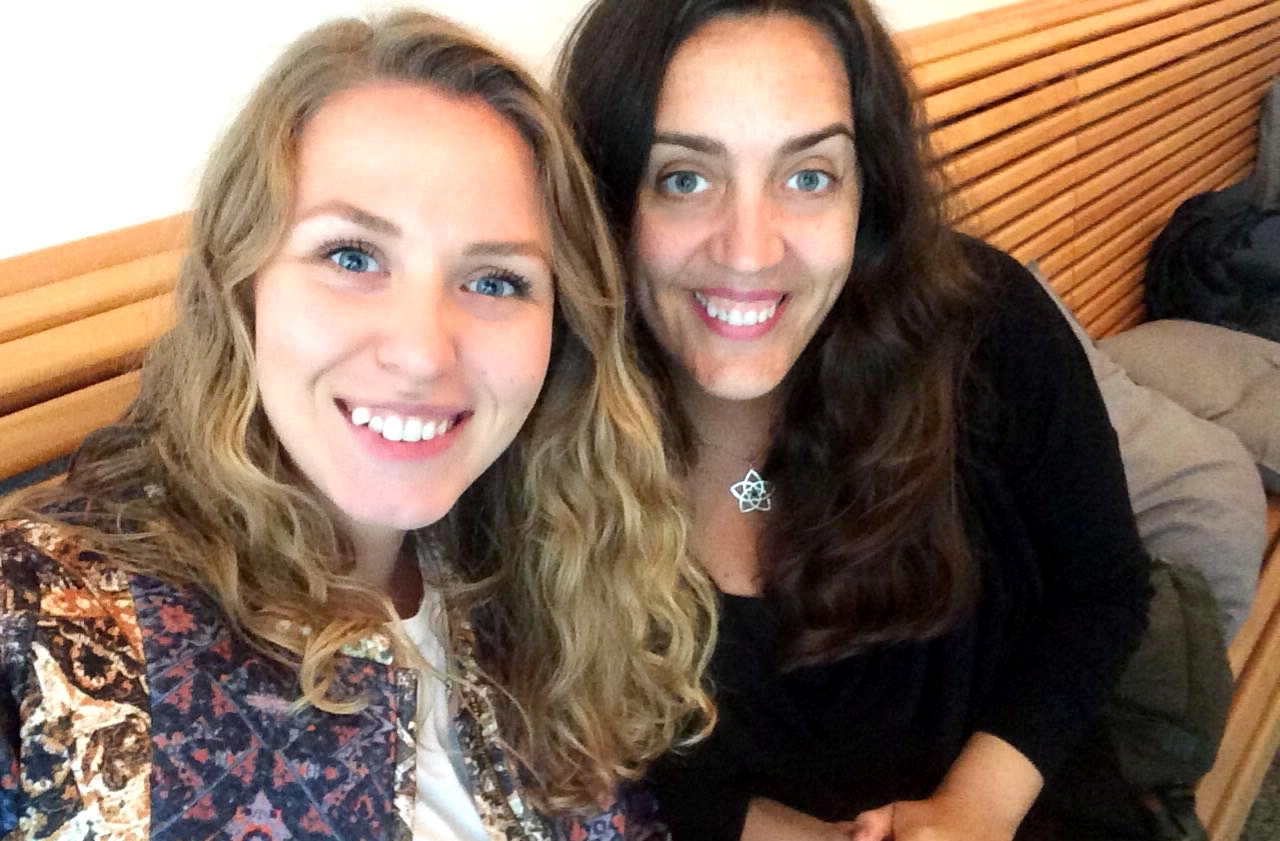 This experience is initiated by Lara and Kaja – both also feel that it is time to change the world together.

Lara Leonie knows that in the connection to nature we also come into connection with each other. She loves the trees and forests, the stories they tell and the healing they bring. A tree accompanies generations of us, grandmothers, mothers, daughters. It is time to remember together. More about Lara Leonie

Kaja Andrea  deeply believes in the power of intention, has experienced the medicine of the Circle and can’t wait to feel the magic of this gathering and bring it to the world. She knows that it is time to remind us and with the wisdom of our ancestors to shape this new time together. More about Kaja Andrea

Both will also bring their mothers to the Gathering.